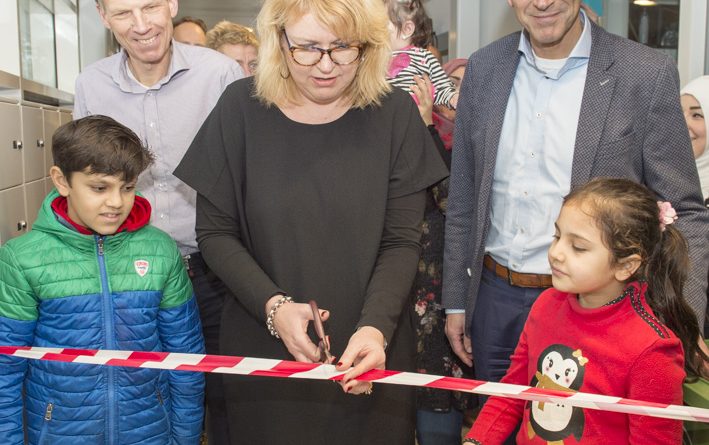 On Wednesday, 20 December 2017, the Enki Energy bread digester in Amersfoort was opened.   City councillor Fleur Imming officiated at the opening. The director of the housing corporation “de Alliantie”, Koos Koolstra (right on the photo), and Stefan Blankenborg, director of Enki Energy B.V. were present at this moment.  Children from the apartment building were the first to feed this new digester. The Enki Energy bread digester is built in an apartment building in Amersfoort. Thanks to the technical ingenuity of Mr. Simme Andriesma it was possible to place the digester in a confined space. Residents of the apartment building collect leftover bread, that is converted to biogas by the Enki Energy bread digester. I a communal kitchen, the biogas is used for cooking. The residents present at the opening gave a taster of the various dishes that can be prepared in the communal kitchen from now on.