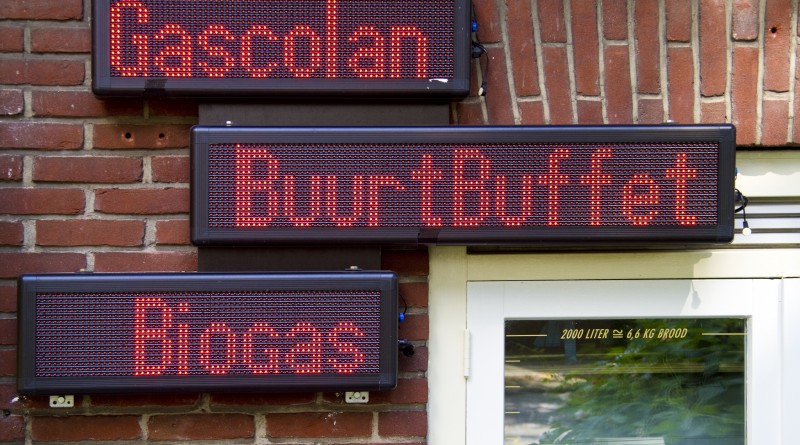 In the Amsterdam neighbourhood of Kolenkit Enki Energy’s first Bread Bigester is operational. The Enki Bread Digester  produces renewable energy (biogas) from left-over bread. The biogas is used in a community kitchen. In this way biogas produced from left-over bread can be used again for the baking of new bread.

Bread is considered sacred in Islamic culture and therefore left-over bread should not be thrown into the bin. Many inhabitants gave their bread back to the earth, thereby feeding pigeons and seagulls, and unwanted attracted mice and rats. To solve the vermin problem several so-called bread containers were placed in the streets to collect the bread. The collected bread regained value when it was converted into biogas using the Enki Energy Bread Digester.

To realise a socially used bread digester, the project (needed) support from different parties. The initiative to digest the bread came form an artists collective: Pink Pony Express. Amsterdam Energie, a local energy company, made the realization of the first bread digester possible. Enki Energy built and installed the installation.

Cascoland, another artists collective, took over the management of the digester and community kitchen (“De Kookkit”). The project is now called “Gascoland”.

Rolf Steenwinkel (Amsterdam Energie) explains: “ The opening of Gascoland marks the start of our campaign to make our contributors members of our corporation. This project is the first of many to produce our own energy, that we are going to  supply to our members in the future.