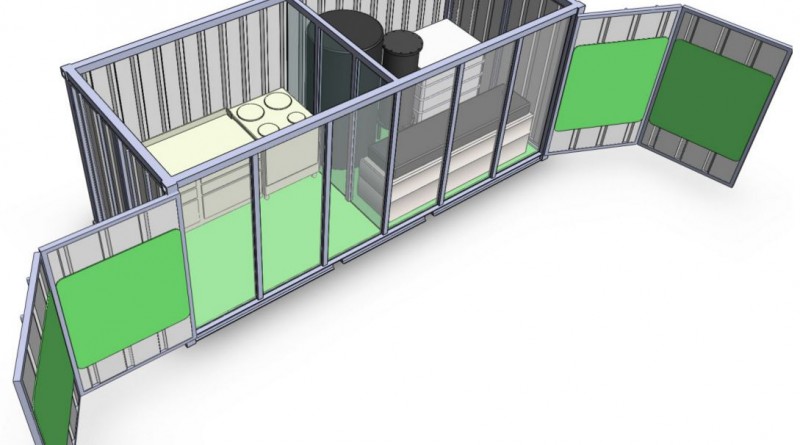 Sequel to the previously published article on the Enki Energy bread digester ‘‘Baking bread on its own biogas‘.

After the successful project with the Enki Bread digester in the Kolenkitbuurt in Amsterdam, Gascoland made the Bread Digester of Enki Energy mobile in the beginning of 2016!

The Bread Digester is placed inside a 20-ft open-sided sea container that is divided into 2 compartments (see picture). This way they’ll have a fully mobile Bread Digester combined with a pop-up BioGas BreadBakery & CookKit, weatherproof and independent on location! The biological process of bread digestion takes place on one side of the container. While at the same time, cooking and bread baking is in progress in the other half of the container.

The present and future of the bread digester

At the FabCity Campus, taking place from April until June at the Kop van Java in Amsterdam the Bread Digester could be seen in operation as a mobile digester.

The Bread Digester is designed and built by Enki Energy and has been made mobile in collaboration with Pakhuis de Zwijger.